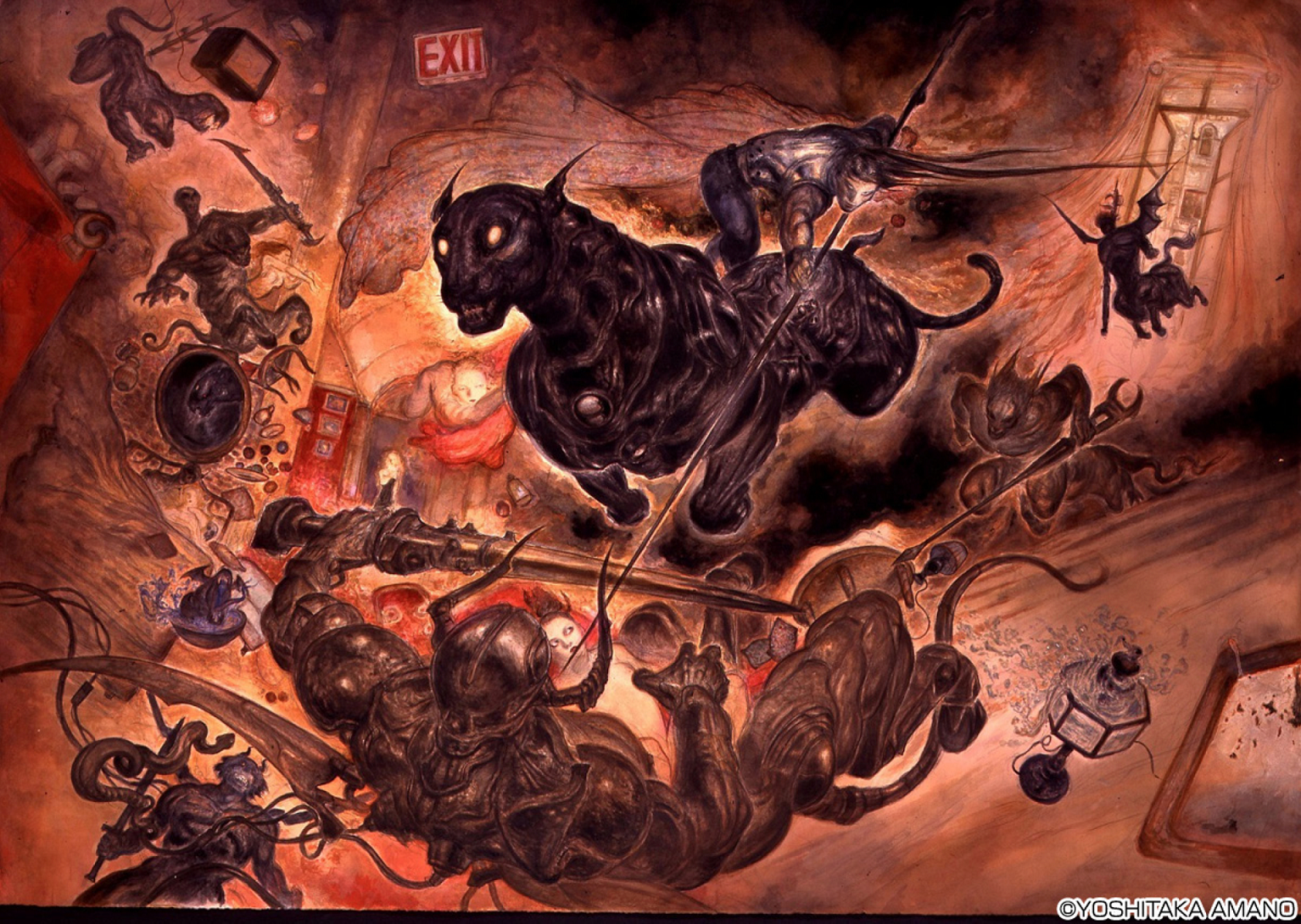 Trophee (TROPHEE PTE LTD), based in Singapore, announced the production of a Play-to-Earn blockchain game, NFT collection and an animation series for the ZAN, a series of original art from world-renowned artist Yoshitaka Amano.
Dec 2, 2022 2:17 PM
Share:

Game, Anime and NFT Release Announced for ZAN from Yoshitaka Amano!
Project Based on Over 300 Original Art Pieces

Trophee (TROPHEE PTE LTD), based in Singapore, announced the production of a Play-to-Earn blockchain game, NFT collection and an animation series for the ZAN,  a series of original art from world-renowned artist Yoshitaka Amano.

ZAN, originally announced in 2010 under the name DEVA ZAN, is an original art collection consisting of over 300 pieces of artwork from Amano that combine to build an action-fantasy world. The series, which works on an epic, time-traveling scale, was first published in artbook form by Dark Horse Comics (Milwaukee, WI) in 2013, becoming a worldwide hit. Sozo Comics has been publishing an online comic adaptation by Yuzuki Momoi worldwide since 2019 in English, Japanese, and Chinese.

The Play-to-Earn blockchain game and NFT collection will be spearheaded by Trophee while the animation project will be made by producer JAYMEN TOKYO (Minato-ku, Tokyo) and GOOD WIN (Shinjuku-ku, Tokyo).

More announcements and releases will be unveiled at Anime Expo, America’s largest anime event (run by SPJA), in July 2023. A tie-in with Anime Expo is also being planned.

Be on the lookout for more news on the ZAN anime/P2E blockchain game/NFT project!

It is near the end of Japan’s Edo era, a time when the samurai system is rapidly fading away. Zan is one of those samurai, spending his days in endless warfare. One day, Zan hears the voice of a strange girl who guides him to another world beyond space and time. So begins his cross-dimensional battle against an assortment of new enemies—and along the way, he learns that he was once part of the “Twelve Generals.” But who is he, really? Who are the enemies he’s fighting, and the comrades he fights with? In an alternate world of light and dark, war threatens to engulf the entire land in darkness. What does fate hold for Zan in this realm...?

Yoshitaka Amano joined anime production company Tatsunoko Productions in 1967, providing character designs for Casshern, Time Bokan, and many other series. He became an independent artist and illustrator in 1982, going on to win a Nebula Award four years in a row (1983-86). From there, he served as character and visual concept designer for the Final Fantasy series, as well as working on Vampire Hunter D, N.Y. Salad, Candy Girl, and more. After launching his first solo exhibition in France in 1995, he opened a New York studio in 1997, holding an exhibition there from 1997 to 1999 while also exhibiting much of his work at the Ueno Royal Museum and other locations in Japan. In 2000, he collaborated with famed artist Neil Gaiman on The Sandman, which won the Eisner Award and was nominated for a Hugo Award that same year. In 2019, he produced a poster for a campaign held by Japan’s Liberal Democratic Party, and in 2022 he dedicated a lotus sutra painting to the Omotoyama Kominato Birth Temple, the head temple of Nichiren Buddhism in Kamogawa, Japan. Golden View of the World, his latest exhibition, also debuted this year.

A Japanese producer of films, TV series, and advertisements.

A Singaporean developer of blockchain, NFT, and crypto-asset projects.