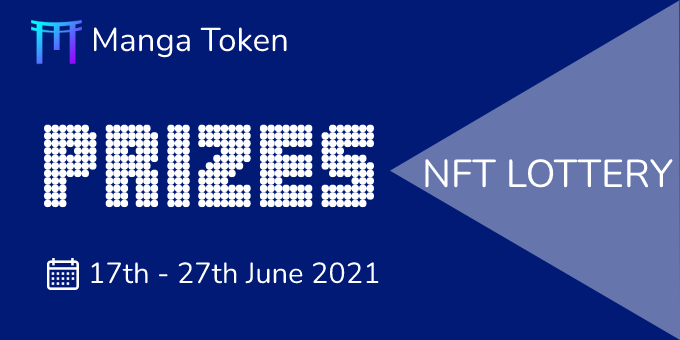 Unique Genesis NFTs signed by original artists in our Lottery

Our NFT Lottery Event is officially launched! Here is a preview of the prizes that you can potentially win.
Sep 15, 2021 3:12 PM
Share:

Our NFT Lottery is official launched and we are thrilled to share with you the prizes that we will be awarding in this event.

Each prize in our Manga NFT Lottery is a uniquely crafted and signed art piece specially created for you.

Description: Prince on Lan Ling is written by Yoshiki Tanaka, an author known as Legend of the Galactic Heroes. Manga art by Takeru Kirishima. The Prince of Lan Ling is good-looking enough to attract companions, even their enemies, he always wore a mask in the battlefield.

Description: ZAN is originaly created by Yoshitaka Amano, an Artist/creator known as Speed Racer, Vampire Hunter D and Final Fantasy series. Yuzuki Momoi as a manga artist. ZAN is on a journey filled with battles to release a light that is being caught by darkness.

Description: Original fantasy action manga from Chiharu Shinagawa, which won Special award on Sunday magazine, Shogakukan. Shibamito dreams of living in a fashionable city. The Western-style house where she will live had a big secret that will affect the fate of the world.

b. “Koala no march” Lotte Commercial “

Description: Suutan, a bunny suffering from poor mental health. She faces depression, plastic surgery, shopaholicism, a gaming addiction, insomnia, unscoiability, anxiety, psychiatrist appointments, self-harm, and more… She’s a frail spirit, so try not to get her too worked up…

How to Participate in our Manga NFT Lottery

The more friends you refer, the more entries you get and the higher your chances of winning. Don’t lose out in the game!