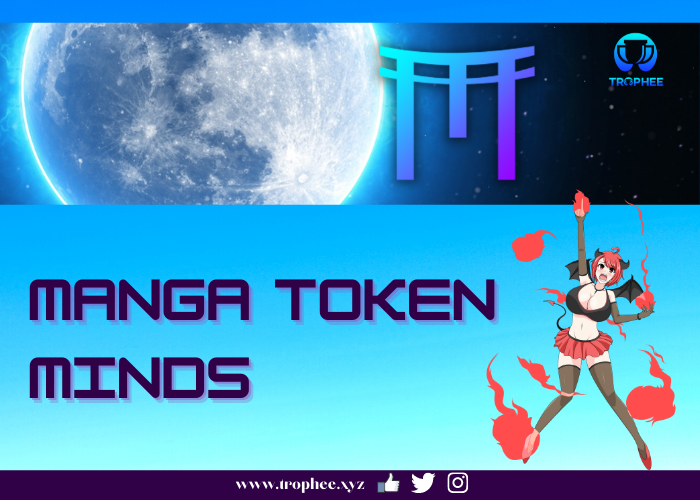 Manga Token has been rapidly growing and continuously improving, building the world’s largest Manga NFT market for fans, trophee.xyz. It is just starting and has already been making noise both in the manga industry as well as in the crypto space.

Being taken cared of by the core team members consisting of a number of the foremost experienced people across the manga, games, finance & software industry, we strongly believe that Manga Token is in good hands and will continue to soar.

We are pleased to introduce the minds behind this promising project.

Post founding ZelRealm Interactive in 2007, Elvin has since continued his endeavour garnering 13 years of experience in the software industry in various technical and management positions across several companies such as Reebonz, Kwerkee and 2359 Media.

Serial entrepreneur with 12 years of chief executive experience. Founding Mayn Interactive in 2009 which subsequently got acquired by Smilegate, one of the five high-grossing game companies in Korea.

Young subsequently became the CEO of Smilegate Europe and published, Crossfire — the world’s most played online first-person shooter game, in Europe. With over 8 million users and 650 million registered players, Crossfire was a success as it topped charts making it one of the highest grossing video games of all times.

Simon graduated with a degree in Bachelor of Accountancy from Nanyang Technological University in 1997 and attained the CFA Charter in 2000. Since 1999, Simon has amassed experiences in the banking industry in the areas of corporate credit, treasury and private equity investments.

Simon has wide experience in trading equities, derivatives, commodities and crypto assets. In 2018, Simon partnered with a veteran private banker and founded an asset management firm to manage clients’ assets. He has also single-handedly established a Private Equity fund to invest in promising private businesses in Asia in 2020.

Hiroaki is Japan’s most sought after producer, having experience as a license agent with Marvel Japan and Universal Studio in the early stage of his career.

Since 2008, Hiroaki has been representing Japanese IP owners, authors and creators, producing animation/ live action films, manga, and games with Hollywood and Chinese partners. He has since produced 6 films & 2 TV Series and is now grooming 7 authors and manga artists.

A former Wall Street Senior Portfolio Manager and Market Strategist as well as a technical analyst. George holds the Chartered Market Technician (CMT) designation. In 2013 George fell down the rabbit hole and found a new passion for blockchain and cryptocurrency, he co-founded BTC.sx, now magnr, a bitcoin trading platform in 2013.

Now George is an investor and advisor to global financial institutions, startups and law firms. He recently was the lead author of “The State of Stablecoins 2019: Hype vs. Reality in the Race for Stable, Global, Digital Money”. He also co-authored a seminal report on blockchain architecture with KPMG and Gilbert & Tobin as well as working with Brian Kelly Capital Management, a NYC cryptocurrency hedge fund.

More recently, he has been consulting financial institutions globally, and researching the technology in greater depth so as to be able to explain its potential to institutions of all shapes and sizes. I am also advising companies in the space helping to make strategic decisions. He has also been advising some of the top startups in the space.